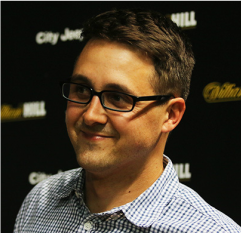 Daniel Bowman’s love of horses and racing was ignited when accompanying his father on visits to Ciaron Maher’s stables in Winslow.
Daniel quickly became fascinated with the sport of kings and at the age of 20, with the encouragement of Ciaron Maher, he ventured over to Lindsay Park at Angaston, where he spent 12 months under the tutoring of Master Trainer David Hayes and his then Foreman and now Trainer, Tony McEvoy.

Looking to further his experience within the racing industry, Daniel found an opportunity to join Northern Territory Premiership winning Trainer, Stephen Brown in Darwin, before returning home to Warrnambool to work for Jarrod McLean.

Not long after Daniel’s return to Warrnambool, he accepted the role of Foreman for Darren Weir’s Wangoom stable.

With the ambition of training in his own right, Daniel obtained his Trainer’s License in 2014, whilst still polishing his skills under Darren Weir. With the encouragement of his family, friends and a growing band of loyal owners, Daniel  stepped out into full time training in the 2014/2015 season. Daniel has enhanced his training reputation with Begood Toya Mother winning the Group 1 Sir Rupert Clarke Stakes in the 2019/2020 season.

Aside from racing Daniel’s focus is on his family, including his son Charlie and daughter Annie.  Daniel is supported by his wife, Denita, who is not only a fantastic homemaker but is the behind the scenes expert in running the business and the stables.

Daniel thoroughly enjoys his role of being a horse trainer but the ultimate highlight of that role is sharing the race day experience with his owners.